In these images you can see Sevan Lake in Armenia Google Maps), during summer and winter. The images were taken by Landsat 8 on August 10th, 2016 at 7:37am GMT (Summer), and January 12th, 2015 at 7:37am GMT (Winter). As you can see the landscape experiences quite a change during winter.

It is the largest body of water in Armenia and has a surface area of about 1,242 square kilometers.. After a period of shrinking, because water was used for irrigation and hydroelectric power generation, the lake is now recovering due to underground tunnels built to divert water from highland rivers.

Its only draining river is the Hrazdan River in the northwestern part of the lake. 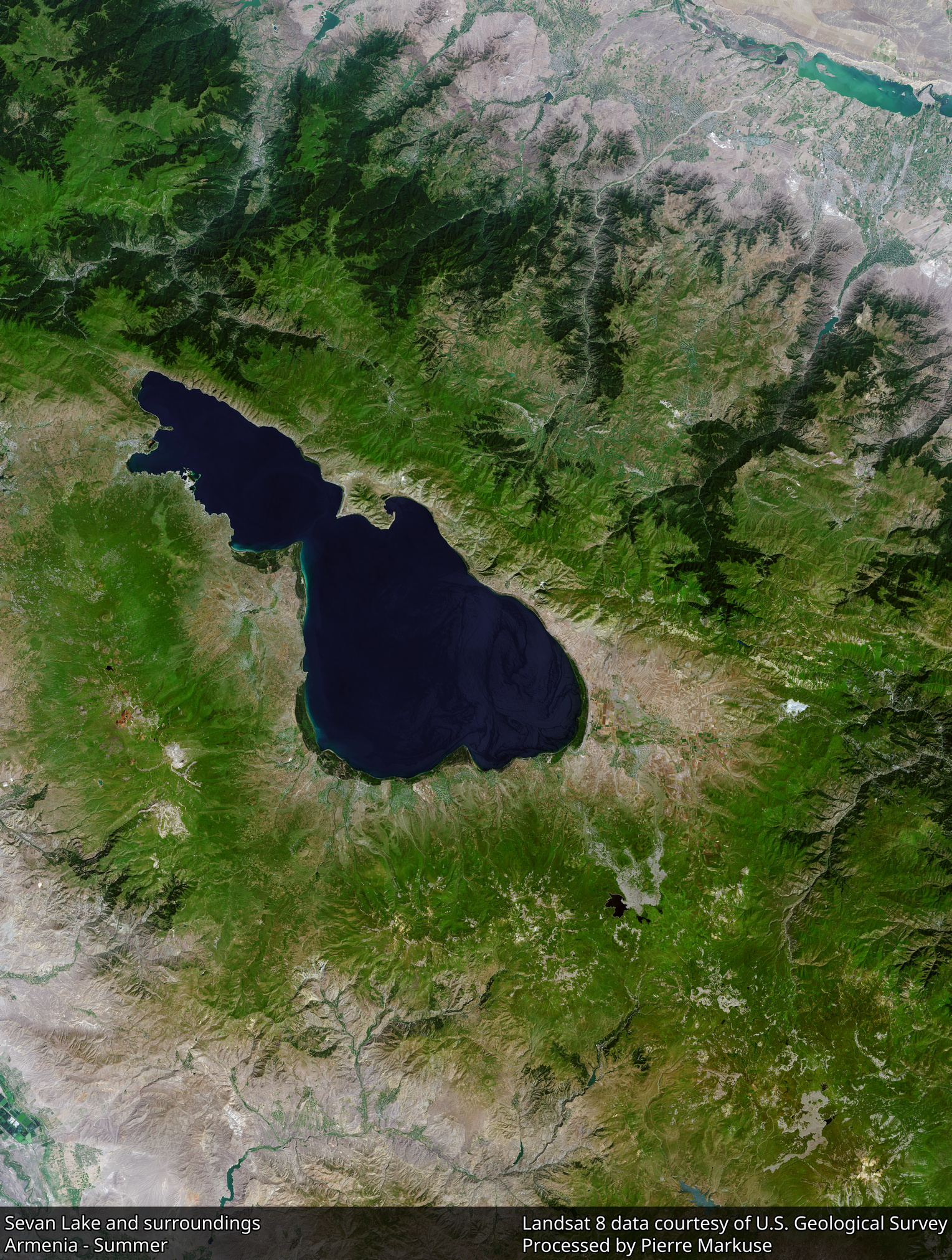 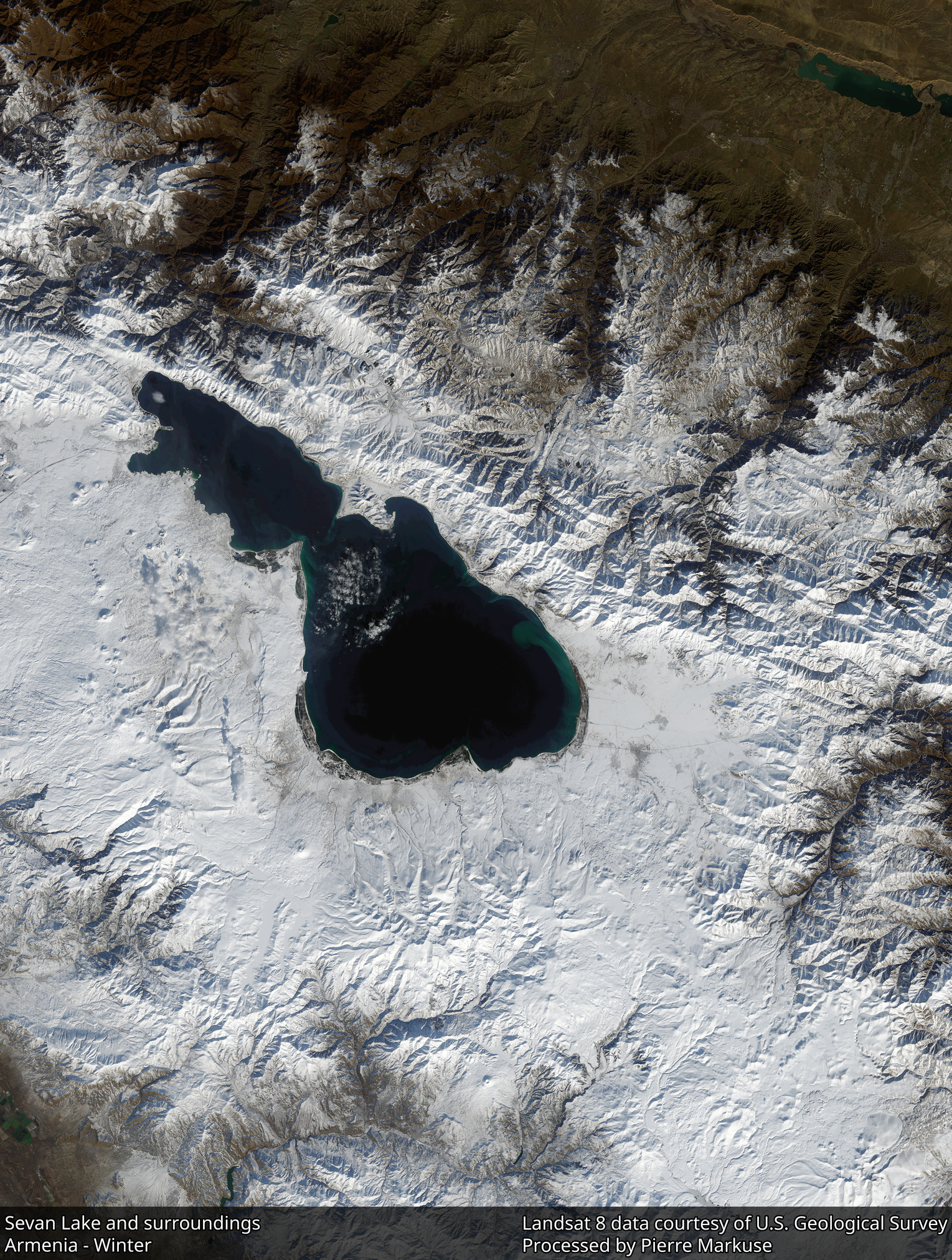