It is the largest glacier on the east coast of the Greenland ice sheet. In this direct comparison you can see that it shrank during this time period. While stable over much of this 31-year-period, it had phases during which it retreated, especially between 2004 and 2006, but since then appears to be more or less stable with phases of slow advancing. 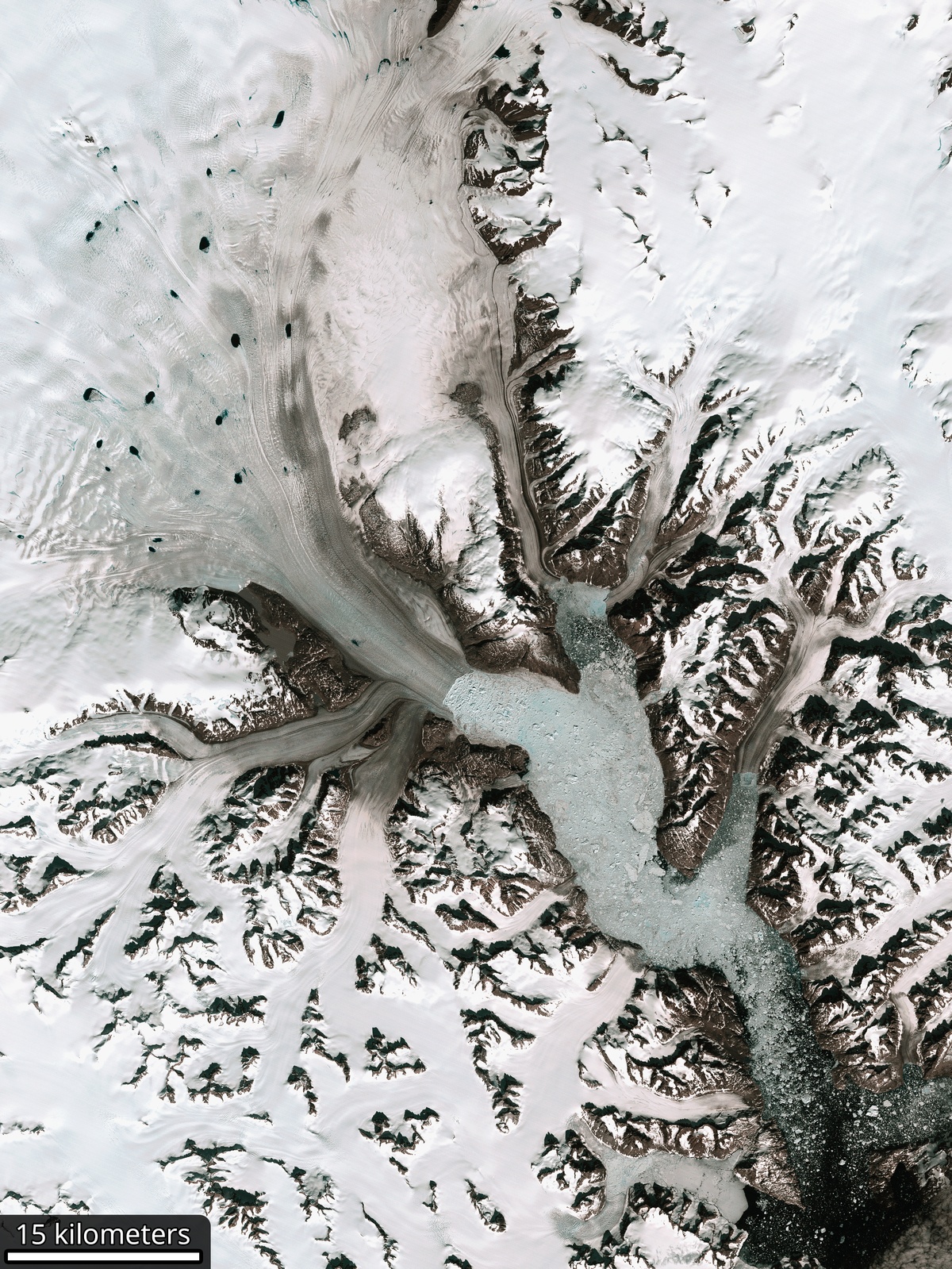