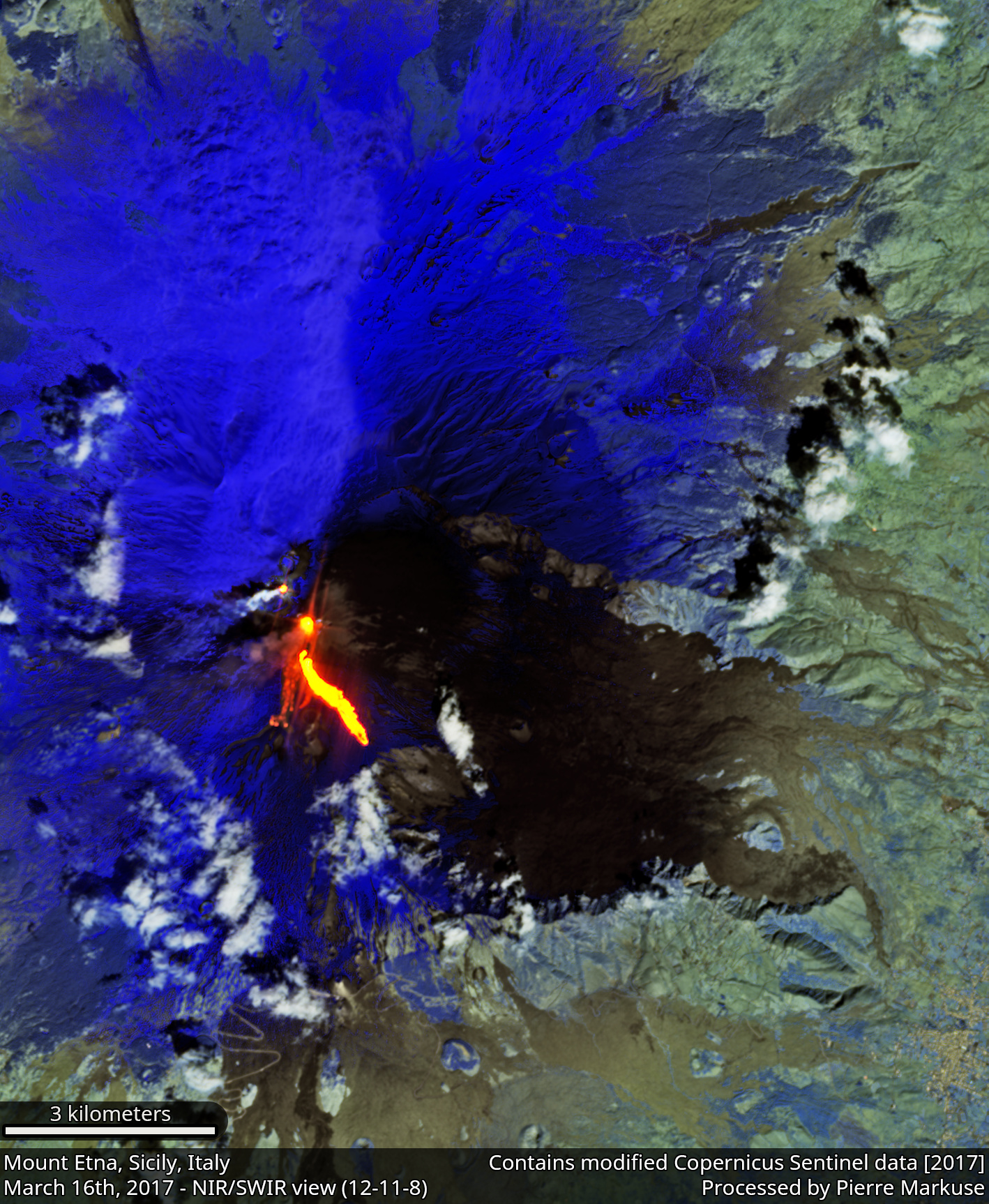 This two Sentinel-2A images, taken March 16th, 2017, are showing the most recent activity of the Mount Etna stratovolcano, located at the east coast of Sicily, Italy. The NIR/SWIR version is highlighting the lava flow very clearly. Mount Etna is the tallest active volcano in Europe and one of the most active volcanoes in the world. 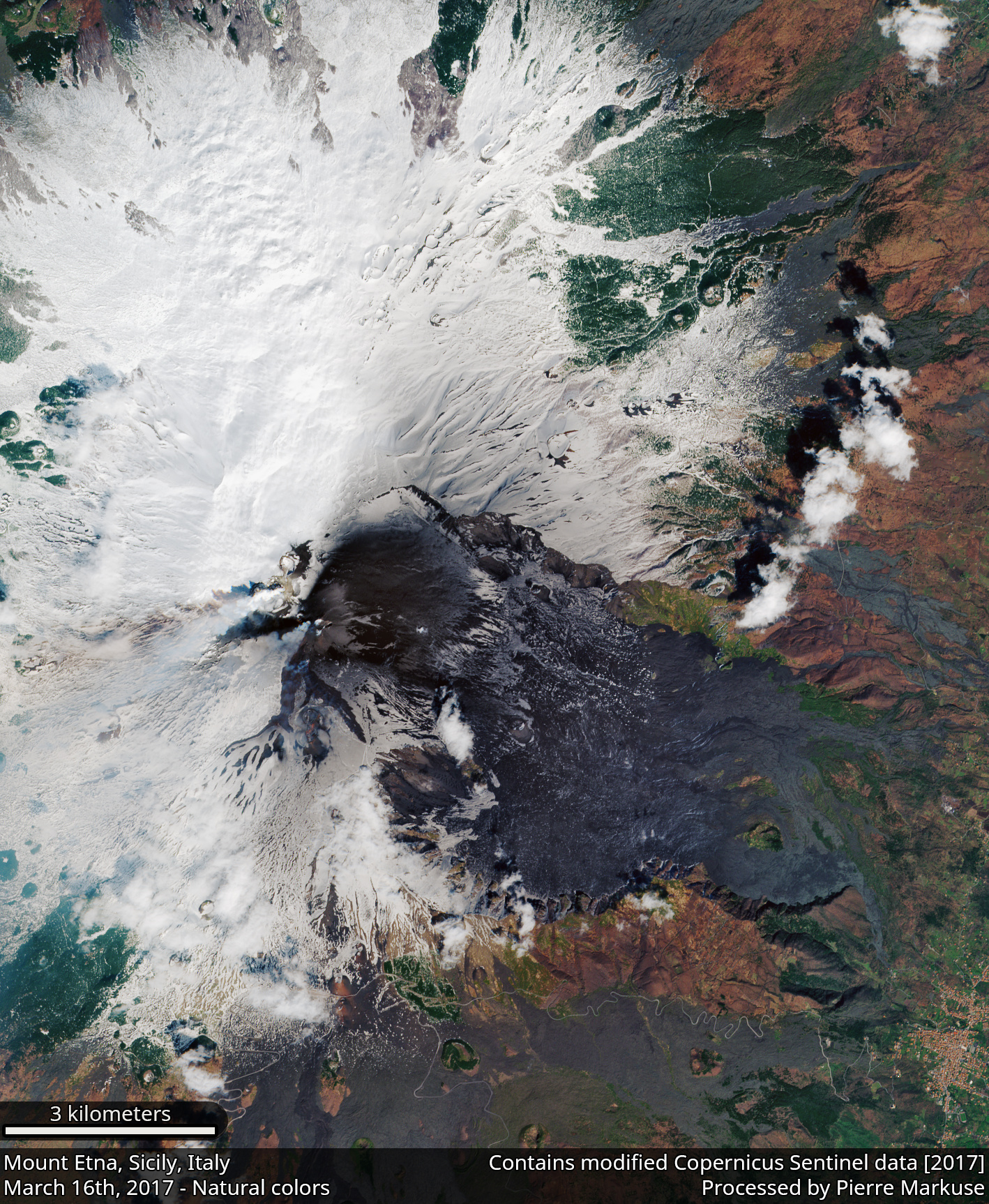 Take a look at this image, taken from aboard the International Space Station on October 30th, 2002, showing the 2002 eruption of Mount Etna, which was triggered by a series of earthquakes on October 27th.

You can download full-size versions with a scale of 10 meters/pixel, as well as an animation of the comparison here on Flickr. 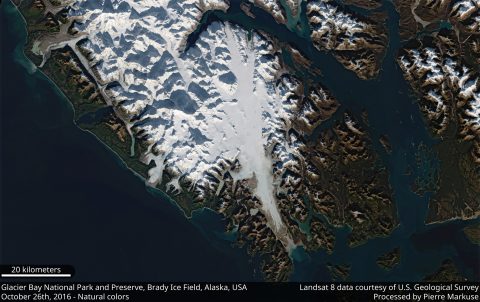 Landsat 8 image of the Brady Icefield and the Brady Glacier, located in the Glacier Bay National Park and Preserve in Alaska, USA. 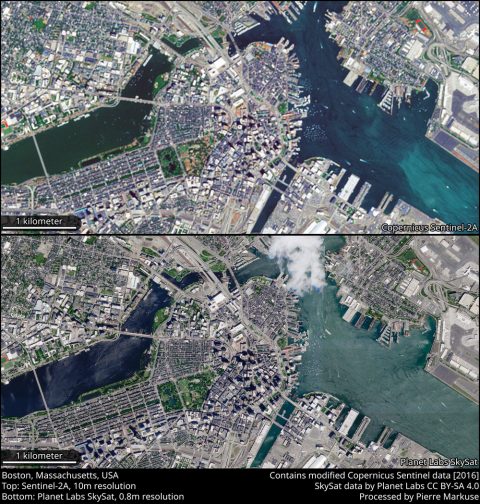 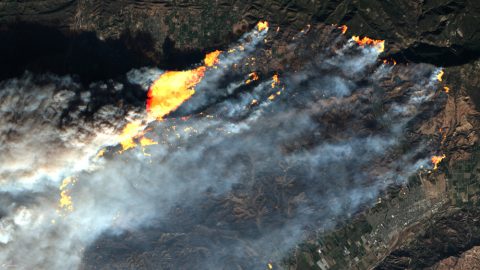 Taking a look at some of the more beautiful and interesting satellite images I processed in 2017. Wildfires, glaciers, volcanoes, and more – from space. Lean back, take a look, and see how fascinating Earth can look in satellite images. 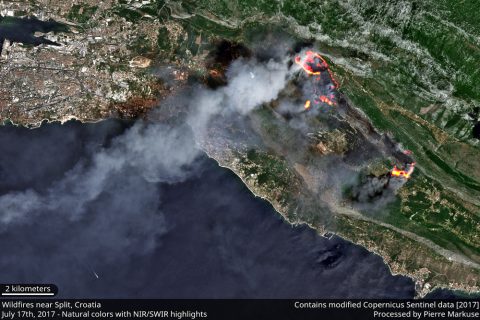 The wildfires near Split, Croatia, on July 17th, 2017, as seen by the Sentinel-2A satellite in natural colors and NIR/SWIR. Clearly visible are the ongoing fires and the burn scars the wildfire caused in the landscape. 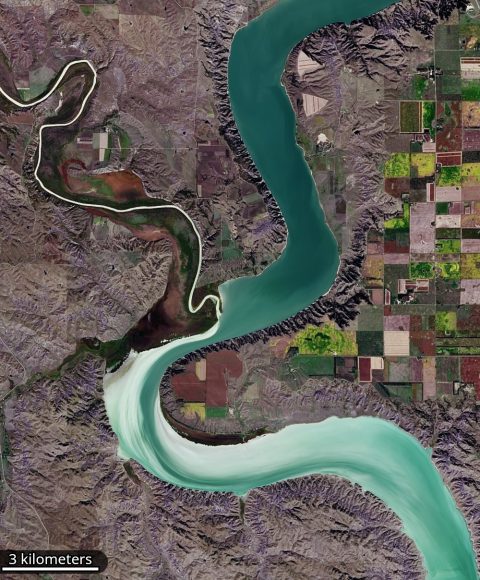 Do you belong to those people who sometimes wonder, how a specific landmark got its name? In case of the White River, which can be seen here joining the Missouri River in South Dakota, the answer is quite obvious. 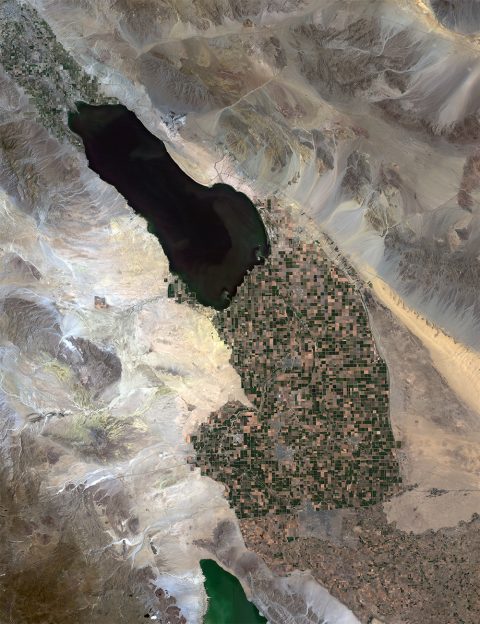 Quickie: A simple comparison of the Salton Sea in California, USA, in 1984 and 2017. Water apportionment changes will make the lake shrink considerably until 2021, the effects of which can already be seen in a reduction of the sea surface size.