The Gulf of Suez, waiting room for ships to enter the Suez Canal

The Suez Canal is connecting the Mediterranean Sea to the Red Sea through the Isthmus of Suez and separates the African continent from Asia. It has a length of 193.30 kilometers (120.11 miles). It was opened November 17th, 1869 and today, after some expansions, the latest and biggest one in 2015, services almost 100 vessels per day.

Despite the latest expansion, which included building a second shipping lane for parts of the canal as well as deepening other parts to allow for larger ships, there are still waiting times of a few hours before a spot becomes available for a ship. And those spots can be pricey, larger cargo vessels and tankers have to pay fees of a few hundred thousand dollars. The price depends on a few factors but is mainly influenced by the tonnage of the vessel.

In this images we take a look at its southern entrance near the city of Suez in Egypt.

Take a look at this Sentinel-2A satellite image showing the whole area in natural colors and in near-infrared/short wave infrared (NIR/SWIR) image, using data from bands 12, 8, and 2, on March 25th, 2017. 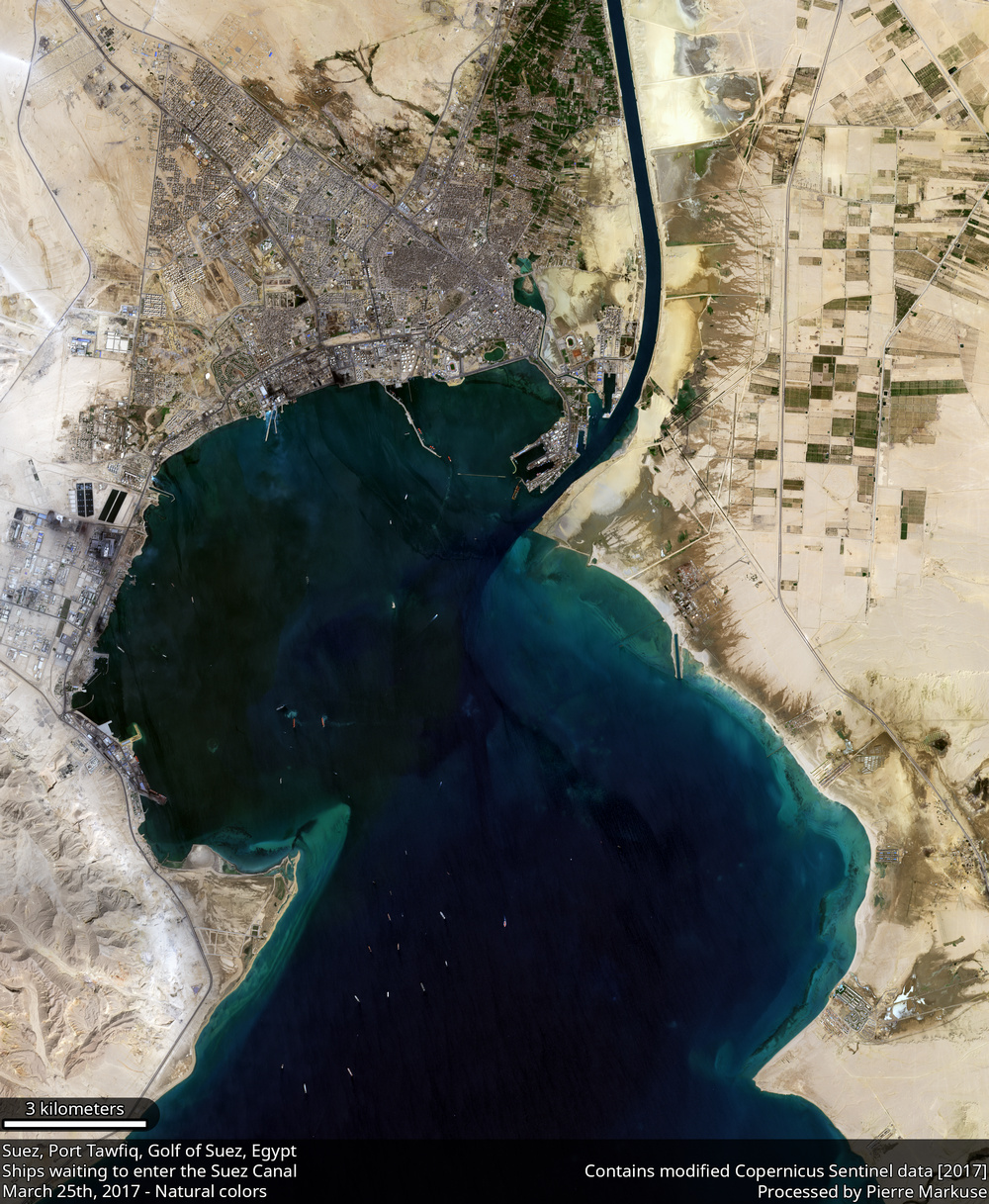 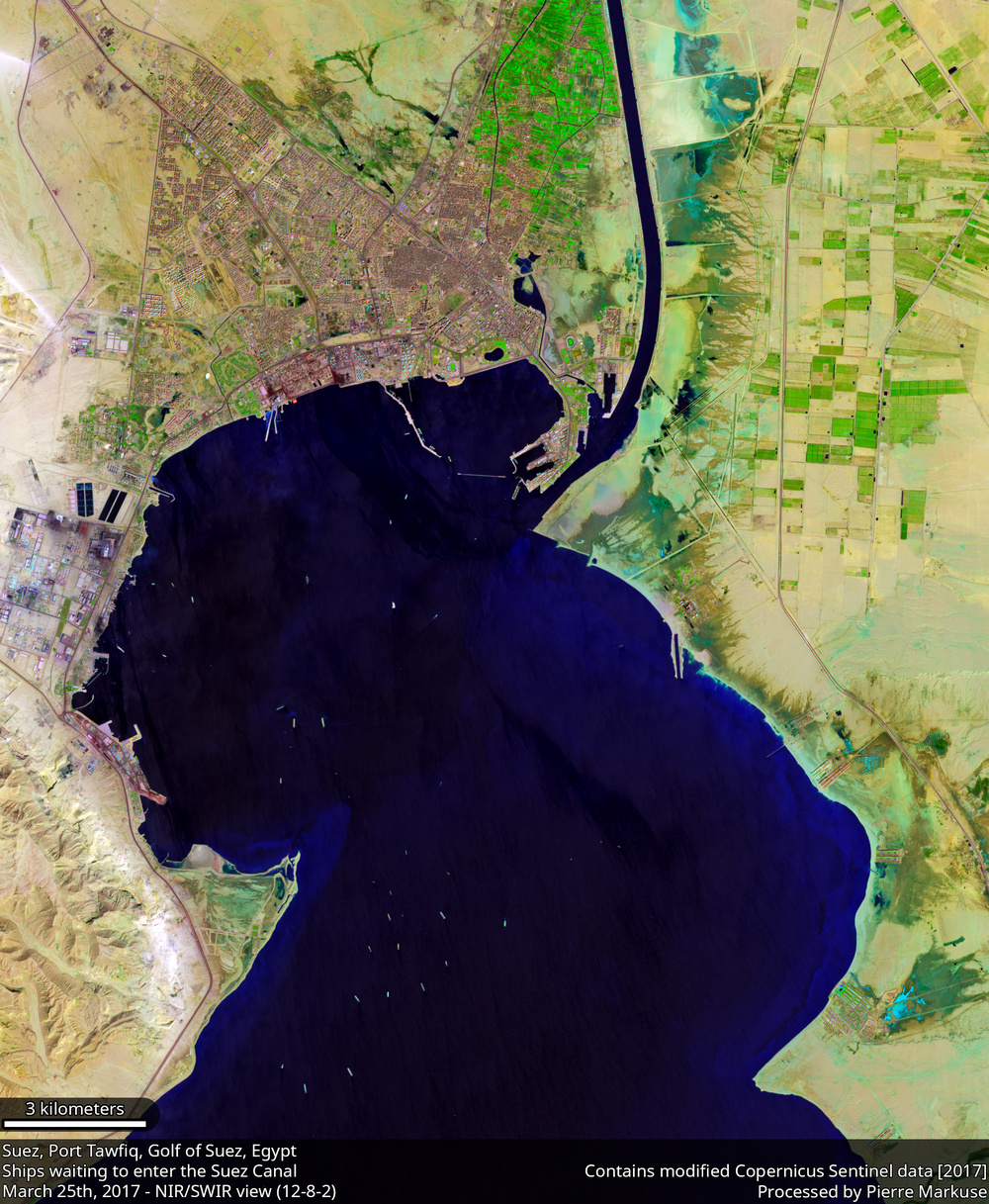 And now a closer look at Suez (السويس‎‎), Port Tawfiq (ميناء بورتوفيق, the Peninsula in the lower right part of the image), and the entrance to the Suez Canal, clearly visible heading north in this image. Today the city of Suez has a population of about 500.000 people. 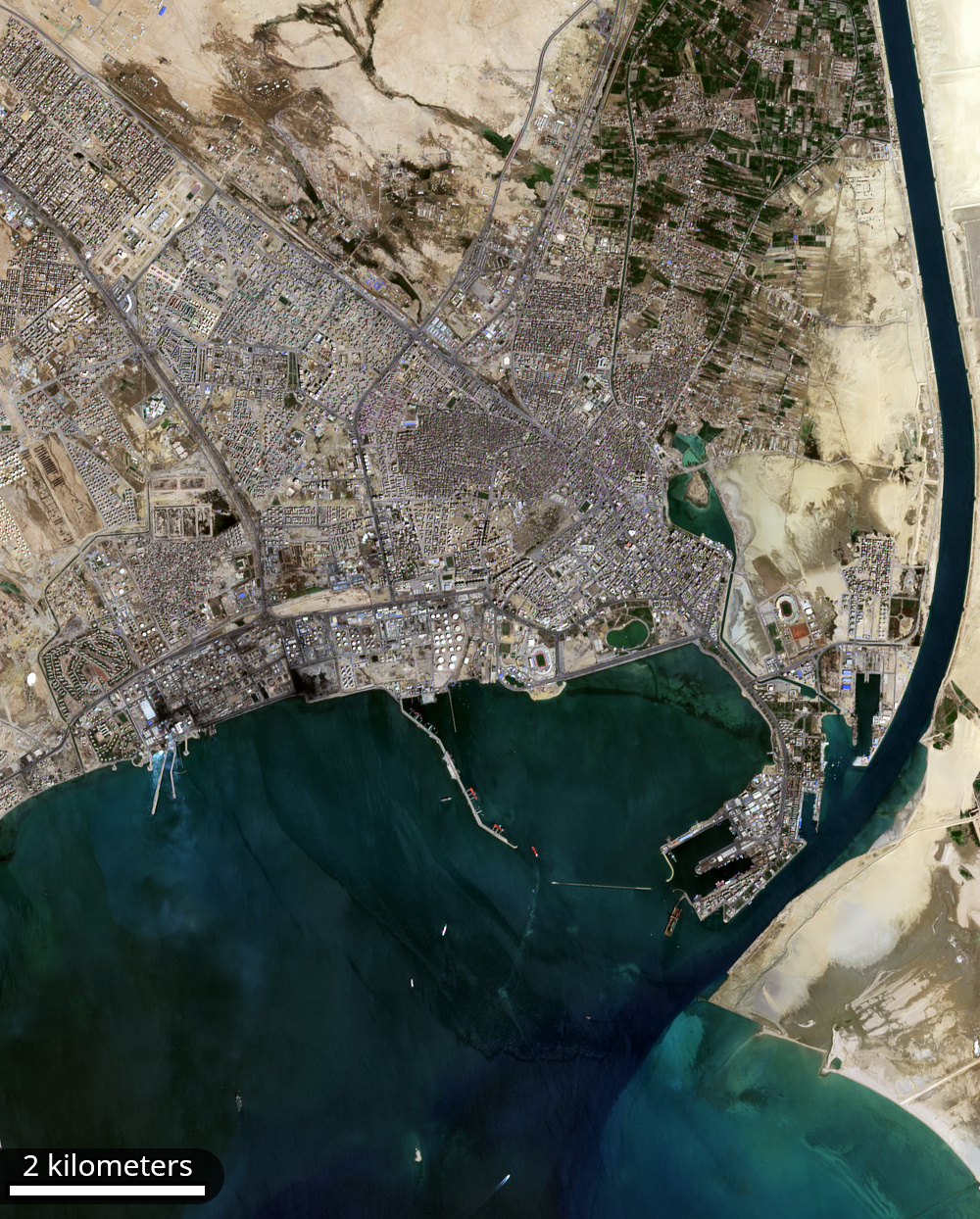 The passage through the Canal is saving those vessels a journey of about 7.000 kilometers circumnavigating Africa when going from the Indian Ocean to the North Atlantic Ocean, reducing fuel consumption and time needed. 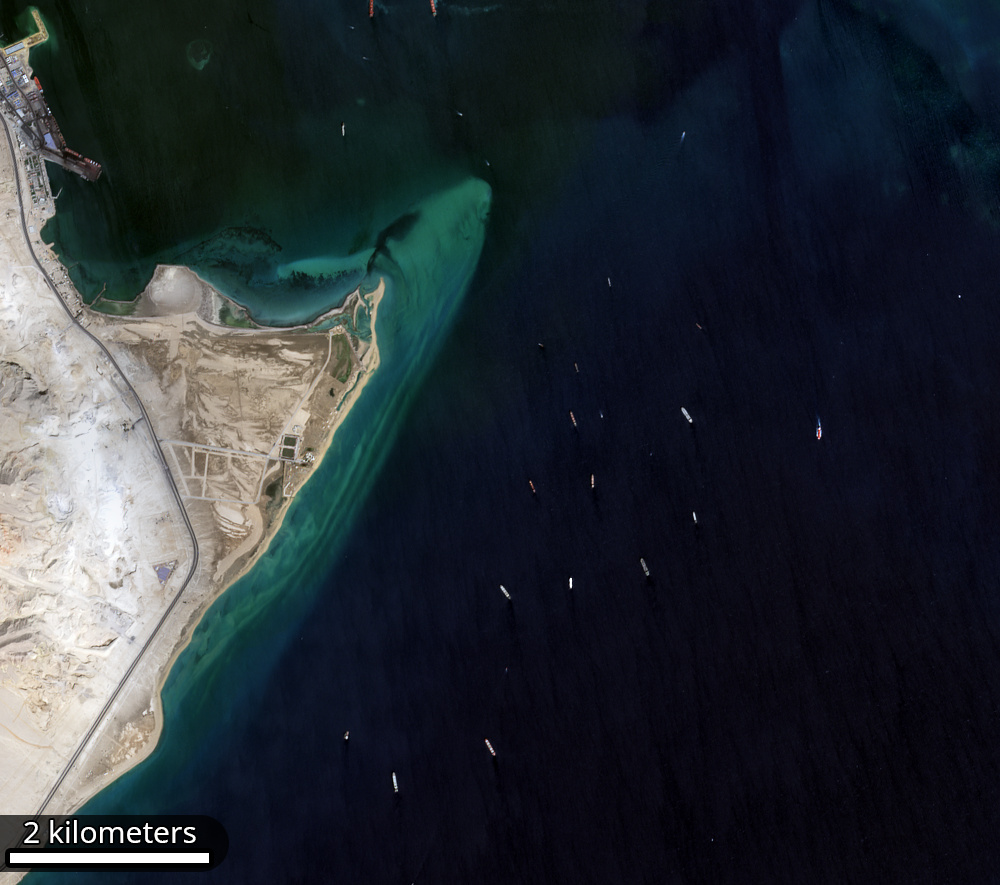 Additionally, images covering the full length of the Suez Canal can be found in this album on Flickr.

4 thoughts on “Suez, Egypt, with Ships Waiting to Enter the Suez Canal”