100 days of making deals and shaping the country 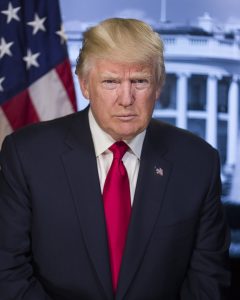 Now that we are over 100 days into the presidency of Donald Trump, some of the effects of his presidency on America are becoming more and more obvious. Some would say that he delivers as promised, others see their fears and worst expectations coming true or even surpassed.

At times, when reading the news during this 100 days, it felt more like satire. But it wasn’t. Trump is slowly deconstructing the America as we know it, and some people are applauding, while others can’t believe what is happening, are angry, helpless, or are just feeling frustrated about the situation.

And Trump is creating so much noise, that most things don’t even reach the general public. The mainstream media covering tweet after tweet, never catching up with the next thing happening. Not unlike a magician, Trump makes the people look at other things in a quick pace, so they don’t have time to really see what is happening and have no time to think about it, without missing what is happening next. His separation from his businesses is more of an act than a fact, and he is even including his family in political decisions.

Sometimes when reading about Trump you get caught by this “You ain’t seen nothing yet”-feeling. And looking at the recent days, Donald Trump may have something big in store for America.

Preparing for a war with North Korea?

While I certainly sympathize with the people of North Korea, a great number of which might be totally unaware of how bad they are doing compared to people in other countries, I also believe that any kind of change must be coming from within. If and when people in North Korea start opposing the regime in greater numbers, they should get support by other nations to prevent what could easily be one of the greatest tragedies in history. This time has not yet come, although there seem to be signs that the regime is at least losing some of the support of the elites, and any kind of intervention before will just make it harder for the people of North Korea, especially when it comes to being integrated in a reunited Korean society. The time of intervention will make the difference in determining whether the helping countries will be seen as enemies or as allies in defeating the regime.

With North Korea getting closer and closer to succeed in developing nuclear weapons, capable of reaching the US West Coast, I perfectly understand that many Americans are nervous. And I agree that everything should be done to discourage and prevent North Korea from getting to that point, aside from what Trump seems to be planning – a war with North Korea. And I believe that is where he is heading to, just take a look at a few things he said during the last days (REUTERS, THE HILL).

China is of course not very helpful, as they are in a position to put some non-military pressure on North Korea, but as of now are not doing that full force.

Then again, Trump could be perfectly fine with China’s course of action. Maybe a war is indeed what Trump has in mind. It would establish him even more as a strong leader with his supporters, would make billions and billions of dollars for the war industry, a lot of which would end up with his rich friends, and would be even more of a distraction from everything that is going on, than a few tweets a day ever could be.

Since-as of now-North Korea still lacks the capability to strike the US, a military intervention by US forces, as long as just done by air strikes is a relatively safe thing to do for the US, given the outdated technology of North Korea. How effective it would be to disarm North Korea is another question. But what is even more important: How will North Korea’s Supreme Leader Kim Jong-Un react? It is not unreasonable to believe that he would see the US as an ally of South Korea and thus-because unable to directly retaliate against the US-would attack South Korea. Leading to a war with thousands and thousands of casualties and involvement of US ground forces. And as unpleasant as that sounds on its own, I am certain with Donald Trump as commander in chief it would be even worse.

The next few weeks will be very interesting in that regard, will Trump really prepare for a war and attack North Korea?

W. P. Kinsella wrote that “America has been erased like a blackboard, only to be rebuilt and then erased again.” That is certainly true, America adapted to changing times, each new iteration of America different from older times. Donald Trump, however, is changing America in a way that is not meant to adapt America to changing times, but transforming it into a less livable place for most people so a select few can thrive even more, moving it further and further away from certain core values. His idea of America is not the America that says “Give me your tired, your poor, Your huddled masses yearning to breathe free…” Granted, the death of Eric Garner-who literally, and repeatedly, said “I can’t breathe”-happened before Trump, but instead of an administration actively working against such occurrences, working to achieve more inclusion and equality, we now have an administration fostering a climate of xenophobia to a degree that people who once kept their racist and xenophobic ideologies to themselves because it could have damaged their reputation, are more and more open about them. An administration that just recently considered the controversial Sheriff David Clarke as assistant secretary of the Department of Homeland Security’s Office of Partnership and Engagement.

We have seen 100 days of what might be four or even eight years, if Trump manages to avoid impeachment for that long. Look at America and how it changed in just those 100 days. Not only the changes caused by Trump’s executive orders and general line of policies of this administration, but the changes to the mindset of many Americans. His administration fostering an atmosphere of fear and hate towards minorities. The disregard of science on different topics. When Trump’s presidency is going to end, America will have changed a great deal. And many of those changes will have pushed it in the wrong direction.

W.P. Kinsella also said, that for America “…one constant through all the years has been baseball…”; but just as the importance of baseball in America dwindled through the decades, some of the core values of America are eroding lately as well, more so now with this administration.

I am certain that at some point more people will realize the changes America is going through with Trump are not taking the country in the right direction. And then America will be once more “erased like a blackboard,” just to be rebuilt again. That, however, is just a small consolation for all those people who are suffering right now.

Donald Trump spoke about the plans for his first 100 days in office on October, 23rd, 2016, in Gettysburg, Pennsylvania. Looking at his politics, Trump learned little from a President who visited Gettysburg over 150 years earlier. A President who spoke of a nation “…conceived in Liberty, and dedicated to the proposition that all men are created equal…” and a “…government of the people, by the people, for the people.”