Due to changes in water apportionments, the Salton Sea is going to shrink considerably until 2021. In this comparison you can already see a change in the surface size of the lake. Also take a look at the bottom of the image, the northern tip of the Laguna Salada dry lake can be seen, filled in 1984, dried out in 2017. The lake occasionally fills during times of significant rain. 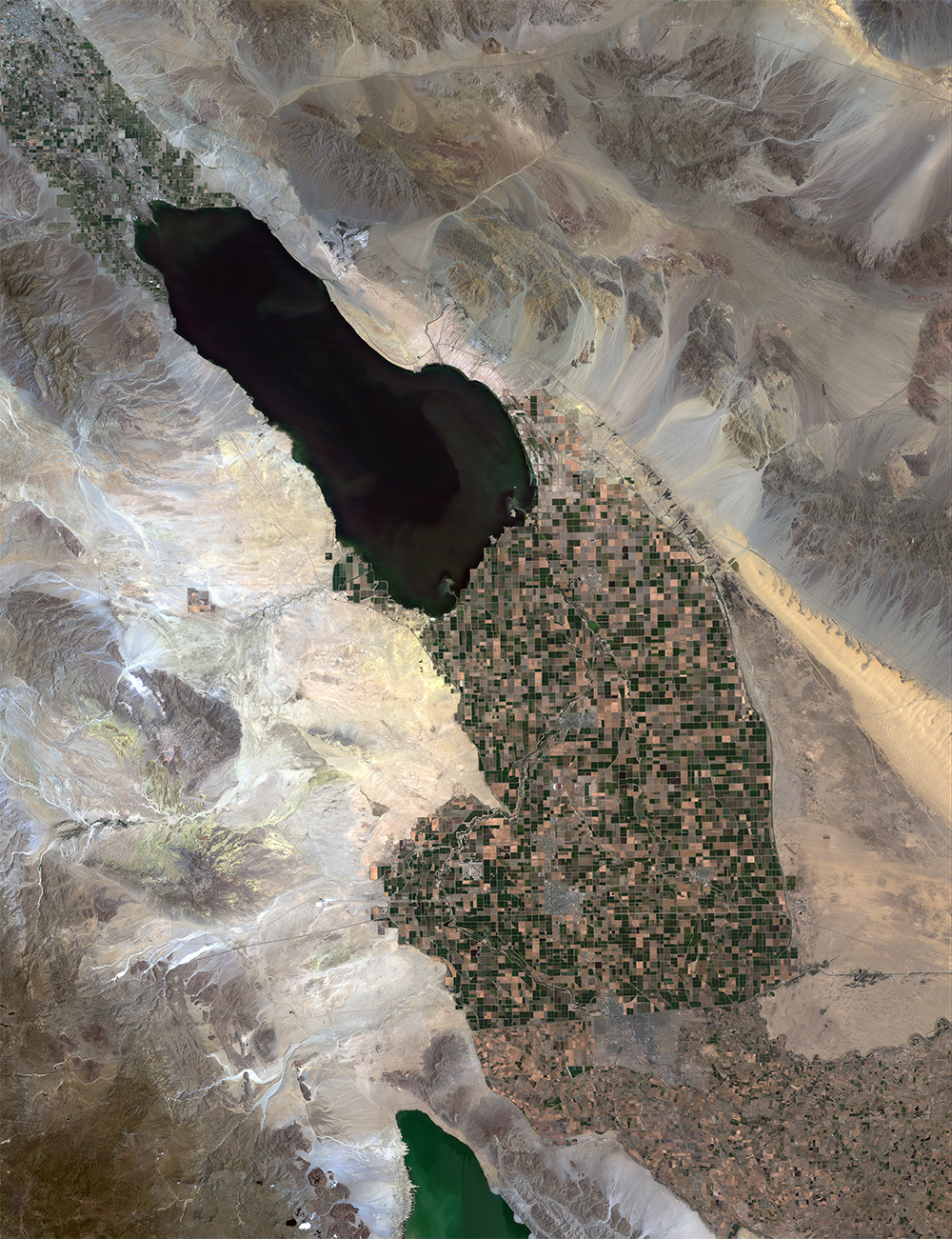 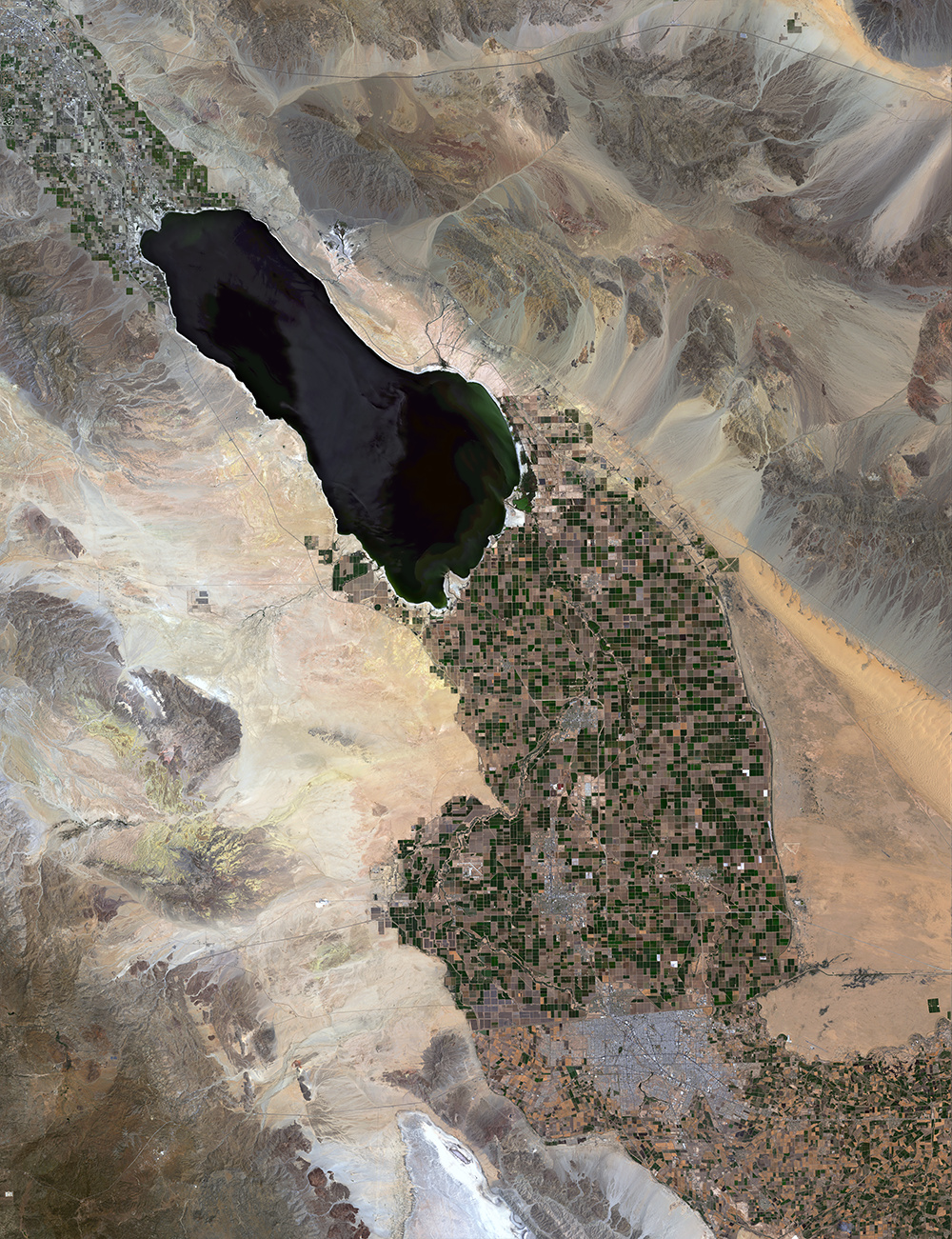